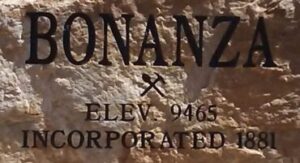 Bonanza has a rich history of mining beginning in 1880 and lasting until the 1930’s. 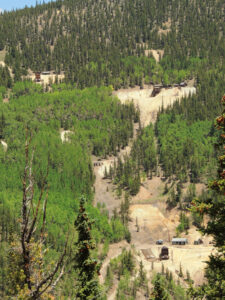 Many mining structures still remain in the hills above Bonanza, CO.

Rich silver ore was discovered in the mountains north of Saguache and west of Villa Grove in 1880, and the town of Bonanza sprang up that fall. 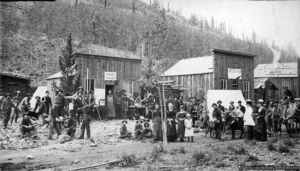 Silver, copper, lead and zinc were found in the 1880’s and 1,500 mining claims came into existence. 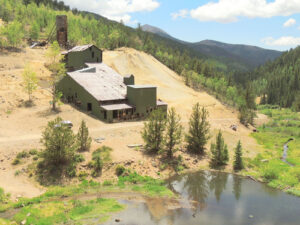 The remains of the Cocomongo Mill are still standing.

Otto Mears participated in the mining boom by constructing wagon roads, one of which was the Otto Mears Toll Road, which runs between Bonanza and the old townsite of Shirley at the eastern end of Marshall Pass above Mears Junction. 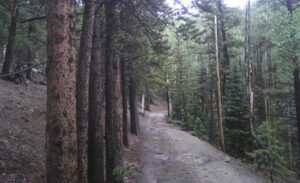 A gate was placed at each end of the road and a Toll of 10 cents was charged to travel the road.

The railroad siding of Shirley became an important link for the Bonanza Mining District in the 1920’s when a 7 1/2-mile aerial tramway was constructed over the mountains from Bonanza to Shirley. 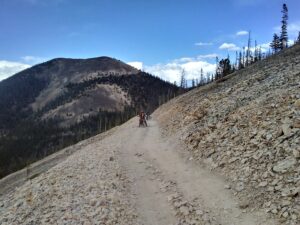 Silver, lead, zinc, and copper concentrates were transported by the tram from the Rawley Mine and Mill near Bonanza to the railroad siding in Shirley. 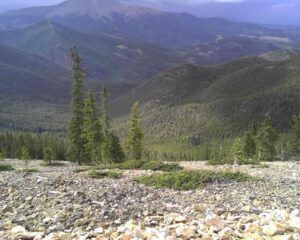 View of Silvercreek from the Otto Mears Tollroad

When the Rawley Mine and Mill closed in 1930, the tramway ceased to operate. 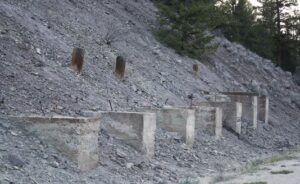 South of the town-site of Shirley, concrete footings that supported the tramway, and a portion of the route where the tramway passed through the forest are still visible today. 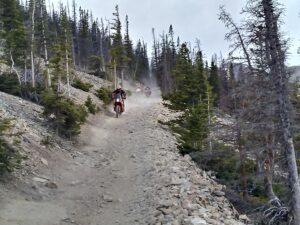 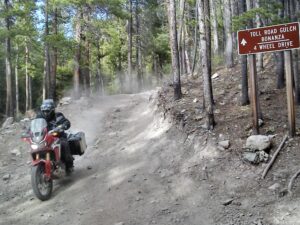