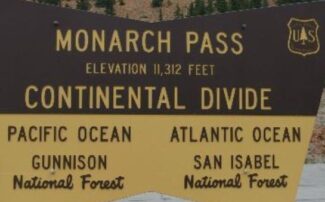 The pass carries U.S. Hwy 50 over the Sawatch Range, providing a route between Tomichi Creek in the upper basin of the Gunnison River which flows into the Colorado River on the west and the South Arkansas River, a tributary of the Arkansas River, on the east. 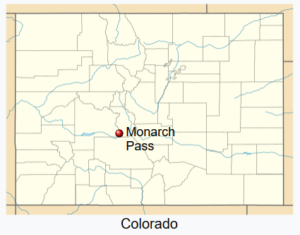 The pass is widely considered one of the most scenic in Colorado, offering a panoramic view of the southern end of the Sawatch Range from the summit. During the winter, visitors can enjoy skiing at Monarch ski area. 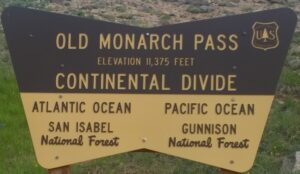 An unpaved road over Old Monarch Pass, elevation 11,365 feet connects to U.S. 50 on both sides of the Divide. 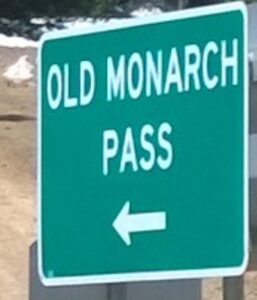 Old Monarch Pass road can be accessed from HWY 50 on the east side of the summit of Monarch Pass or from the White Pine Road, on the west side. 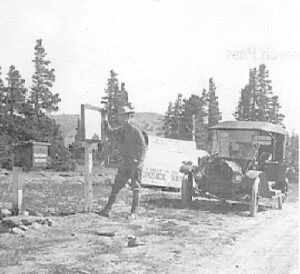 Monarch Pass, back when men were men.

The first two Monarch Passes were closed in winter, which isolated Gunnison.

The old Monarch Branch of the D&RGW to the Monarch mine between Maysville and Garfield is a fun, little known ride. 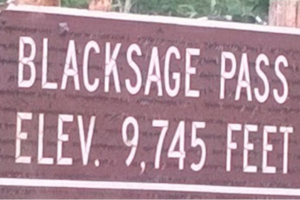 There was a toll gate at Maysville on the east side and one at Black Sage Pass on the west side. 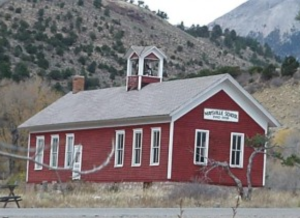 The old, old road is now a dirt bike and mountain bike trail at least in the lower stretches. 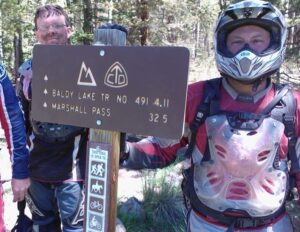 The Continental Divide Trail (CDT) is Open to Motorcycles from Old Monarch Pass to Marshall Pass.