Mosquito Pass sits at an elevation of 13,185 ft and is a high mountain pass in the Mosquito Range of central Colorado. 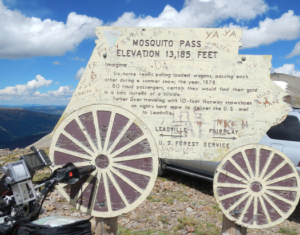 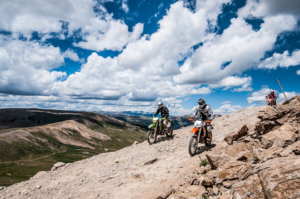 West side of Mosquito Pass. Notice the old Telegraph pole in the background.

Mosquito Pass from Alma to Leadville is a 16.2 mile moderately trafficked point-to-point trail. 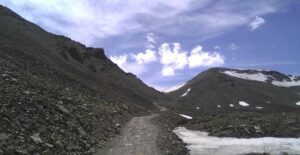 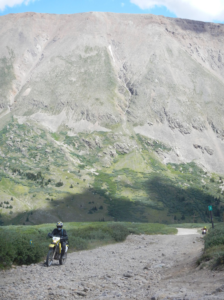 In the late 1870s, Leadville’s silver mining district was legendary, and this pass was used as the fastest way to reach the mines. 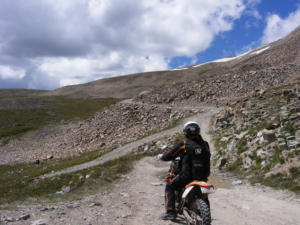 Mosquito Pass can be traversed on foot, on an Adventure or Dual Sport motorcycle or with a four-wheel drive (4WD) vehicle. 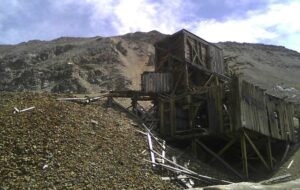 In 1874, the first London mine was opened, named for the mountain it burrowed into. 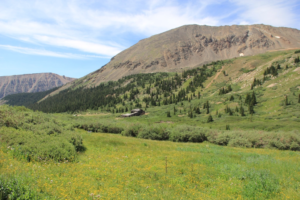 Due to the rugged environment and high altitude, transportation of ore between the mines and mill was difficult and costly. 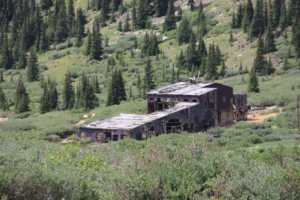 The North London Mill is along the Mosquito Pass road, and is one of the most photographed in the area. 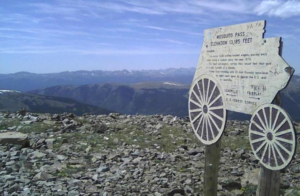 The pioneering Methodist circuit rider and postal carrier John Lewis Dyer crossed over Mosquito Pass several times a week during the 1860s, using snowshoes in winter, in his mission to spread the gospel.

See Link below for Info on the Geology of the Sangre de Cristo Mountain Range.