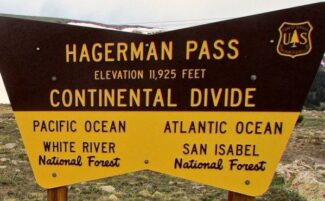 Hagerman Pass Info & History and a bit on Turquoise lake

Hagerman Pass is a high mountain pass near the Northern end of the Sawatch Range, at an elevation of 11,925 feet above the sea level, located near Leadville, Colorado. 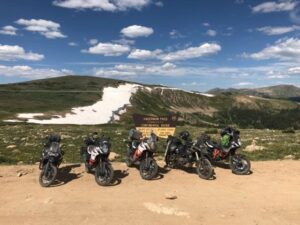 Today, Hagerman Pass follows his old train line, providing an adventurous way to get from Aspen and the Roaring Fork River valley near Basalt to the historic silver mining town of Leadville, where even more history awaits.

(All photos are clickable) 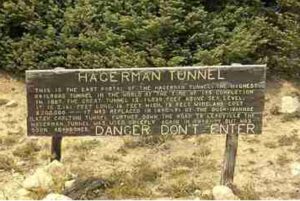 In 1885 the Hagerman Tunnel was constructed as part of the Colorado Midland Railroad line (1887 to 1922) to connect Leadville with Aspen and Glenwood Springs. This 2,061-foot-long tunnel sits at 11,528 feet altitude just south of Hagerman Pass. 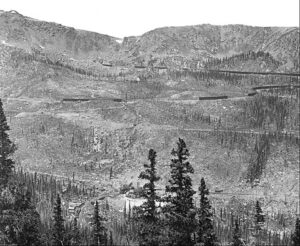 Hagerman Tunnel, circa 1880s (The dark areas are snowsheds over the railroad line) 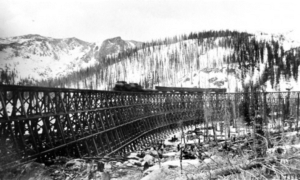 As part of the switchbacks to reach this altitude the Hagerman Trestle, the most elaborate and spectacular in Colorado, was constructed on the hairpin turn above Busk. The Hagerman Trestle was 1,084 feet long, 84 feet high, and 200 degrees in curvature. 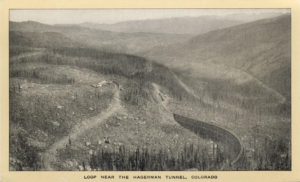 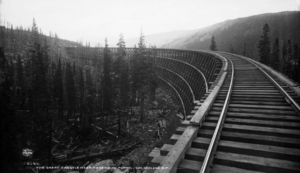 In 1891 the Busk–Ivanhoe Tunnel built was a replacement for the Hagerman Tunnel at a lower, more direct route. The Busk-Ivanhoe Tunnel was a 9,394 feet long railroad tunnel at an elevation of 10,953 feet. 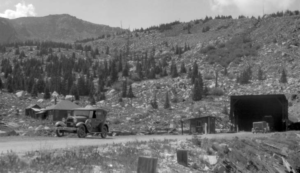 Automobiles at the west entrance of the Carlton Tunnel in 1929

The Busk Tunnel was converted to auto traffic in 1922 and re-named as the Carlton Tunnel, a toll tunnel carrying then-State Highway 104. 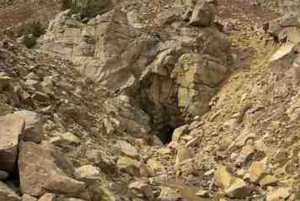 The city of Aurora owns one half interest of the Busk-Ivanhoe water rights and shares the system with Pueblo Board of Water Works.

On the west side of Hagerman Pass, the road follows the spectacular Roaring Fork River canyon to Reudi Reservoir and the town of Basalt, Colorado. 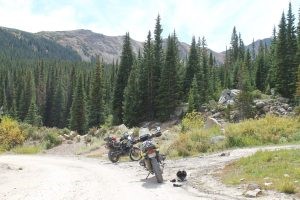 The Hagerman Pass 4WD road is ideal for Adventure and Dual Sport Motorcycles. 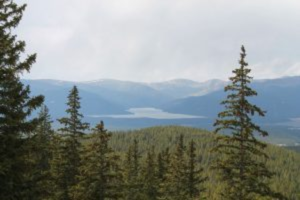 Turquoise Lake is between Hagerman and Mosquito Passes.

Boaters can soak up the sun at 10,000 feet after launching from Matchless Boating Site, a boat ramp located on the southeastern shoreline of the lake.