Mt Antero and the Continental Divide from Trout Creek Pass

Trout Creek Pass is a paved mountain pass located in the Rocky Mountains of south-central Colorado. Which both Highway’s 24 & 285 traverse down to Johnson Village and the Arkansas River. 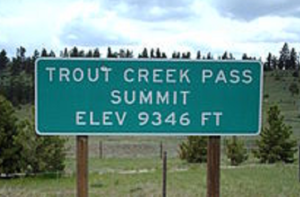 “Trout Creek is a paved pass that connects the Arkansas river and the Platte river valleys. For X-Roads of the Rockies we access Trout Creek from dirt roads and only cross over Trout Creek, from Aspen Ridge and at the Summit”

The old Colorado Midland RR line is in red.

Geologically, the pass is located on a fault that runs along the Mosquito Range. 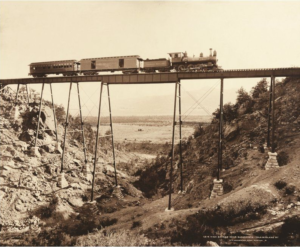 The pass was traversed by the Denver, South Park and Pacific Railroad in 1879, providing the first rail link between Denver and Leadville in the early days of the Colorado Silver Boom.

The Colorado Midland also built a line west from Colorado Springs to Leadville over Trout Creek Pass in the 1890s. Both lines fell into disuse in the 1920s. 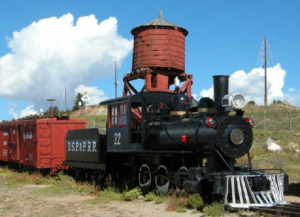 The 4 Mile OHV area is split by Trout Creek Pass. 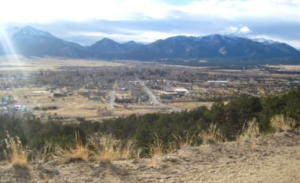 Link to INFO in Weston Pass