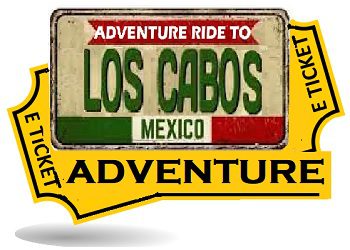 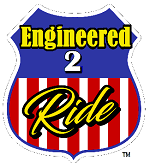 Lodging is your choice on the 14 Day Club Adventure to Los Cabos.

Calexico is an International Gateway City where California and Mexico meet.

We will meet in at the Ride HQ in El Centro from 3PM on Feb 9 for Scruiteenering.

Truck Parking is available at the hotel

We will leave around 9 AM from the Ride HQ in Calexico.

Cross the Border in Mexicali.

The seven-meter tide exposes over a half mile of ocean floor.

LINK to Hotels in San Felipe

Bahía de los Ángeles, “Bay of the Angels” is a coastal bay on the Gulf of California.

The San Juan silver mine at Las Flores became the largest producing mine in all of Baja.

Ride HQ will be the Costa del Sol Hotel

San Ignacio is a town in Mulegé Municipality in Baja California Sur.

Driving only during daylight hours is recommended, as livestock is known to frequently cross the road at night, and due to the decreased visibility of the narrow and winding roads through the mountain sides.

Ride HQ will be the Desert Inn San Igancio

Link to Hotels in San Ignacio

Loreto is a city on the East coast of the Gulf of California.

Loreto was the first Spanish colonial settlement of the Vice Royalty of New Spain on the Baja California Peninsula.

Ride HQ in Loreto will be the Coco Cabanas Loreto

Link to Hotels in Loreto

La Paz is the capital city of the Mexican state of Baja California Sur and an important regional commercial center.

La Paz is located on the Baja California peninsula on the Bay of La Paz, 130 mi south of Ciudad Constitución, and 126 mi north of Cabo San Lucas.

Ride HQ will be the Araiza Palmira Hotel

Link to Hotels in La Paz

Day seven will be the shortest ride of the Baja Adventure ride, where we will then land for a relaxing day in Los Barrilles, with a town population of 1,200.

Link to Hotels in Los Barrilles

On Stage 7 we will ride an Off-road loop with portions on the beach to San Jose Del Cabo.

While Cabo San Lucas is the more popular city with exciting nightlife and a bustling downtown, San Jose del Cabo is a quieter destination with traditional Mexican charm.

Ride HQ for 3 nights will be the Hotel Posada Real

Ride over to Cabo San Lucas, a resort city on the southern tip of Mexico’s Baja California peninsula.

Cabo is known for its beaches, water-based activities and nightlife.

Things to Do in San Jose del Cabo

Ciudad Constitución is a city in central Baja California Sur. The city has a total population of 46,000.

Ciudad Constitución quickly became a commercial hub and an obligatory travel stop for all the inhabitants of Valle de Santo Domingo, as well as for people going north or south on the peninsula.

Ride HQ will be the Hotel Oasis

Link to Hotels in Ciudad Constitución

Guerrero Negro is a city of 14,000 people in Baja California Sur, on the edge of the Vizcaino Desert.

There are also guided visits to the largest open salt company in the world, and to the rock paintings at San Francisco and Santa Marta Sierras and to the less well-known paintings of Mesa del Carmen, north from Guerrero Negro.

Ride HQ in Guerrero Negro will be the Halfway Inn

Link to Hotels in Guerrero Negro

Misión Santa Maria is the only hotel where you will experience the beautiful beachfront in San Quintín.

A drought devastated one of the first harvests, and by 1900 all the colonists abandoned San Quintín.

Ride HQ will be the Misión Santa Maria

On Stage 11 we will ride from the Misión Santa Maria Hotel south of San Quintin North up Hwy 1 to San Vincente. 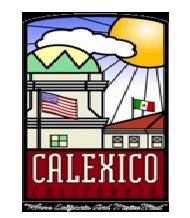 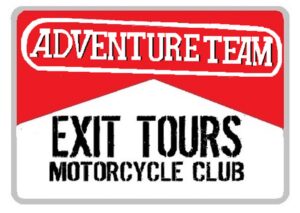